After interrupting my activity on WIndows Phone I thought i would never find a new challenge. But one day i bought a Fitbit Ionic and discovered it had a store. So I decided to look what the languages are.

After few researches I noticed that I had to learn SVG (Scalable Vector Graphics) and javascript. But never mind: why now. But going starting a new challenge i wanted to make sure there was an opportunity  to build application. But as a Fitbit developer you can creates apps and clockfaces. So first I decided to create my own watches ( for me and my wife). But what about releasing clockfaces and Apps???

So it is what I did!

i stated working on a clock faces that would be suitable for my wife. as she loves lamas and unicorns, i made a clockface with … lamas! here is a screenshot below: 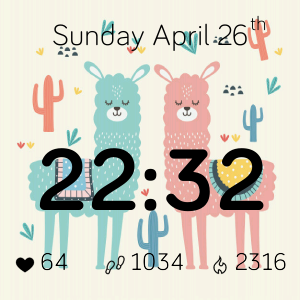 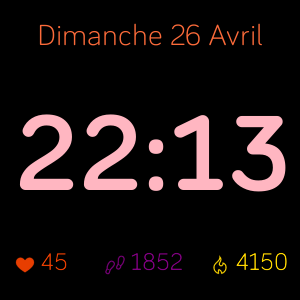 Those screenshots are extracted from a Fitbit Versa Simulator. I am also preparing an application. Once it will be published i will write an article to explain How it works. But for now i am working on it. I am thinking about porting some of my apps on Fitbit but i face limitation today. I am confident that the next updates will allow me to create what I wanted. But for now I have to be patient.  You are too depenent of the smartphone (except some fitbit apps) for Internet or retrieve data.

For the moment Covid-19 is against me so my applications and clockfaces are not officially  in the store ( validation take time ) but if you are interested by testing my products as a beta tester, please let me know!